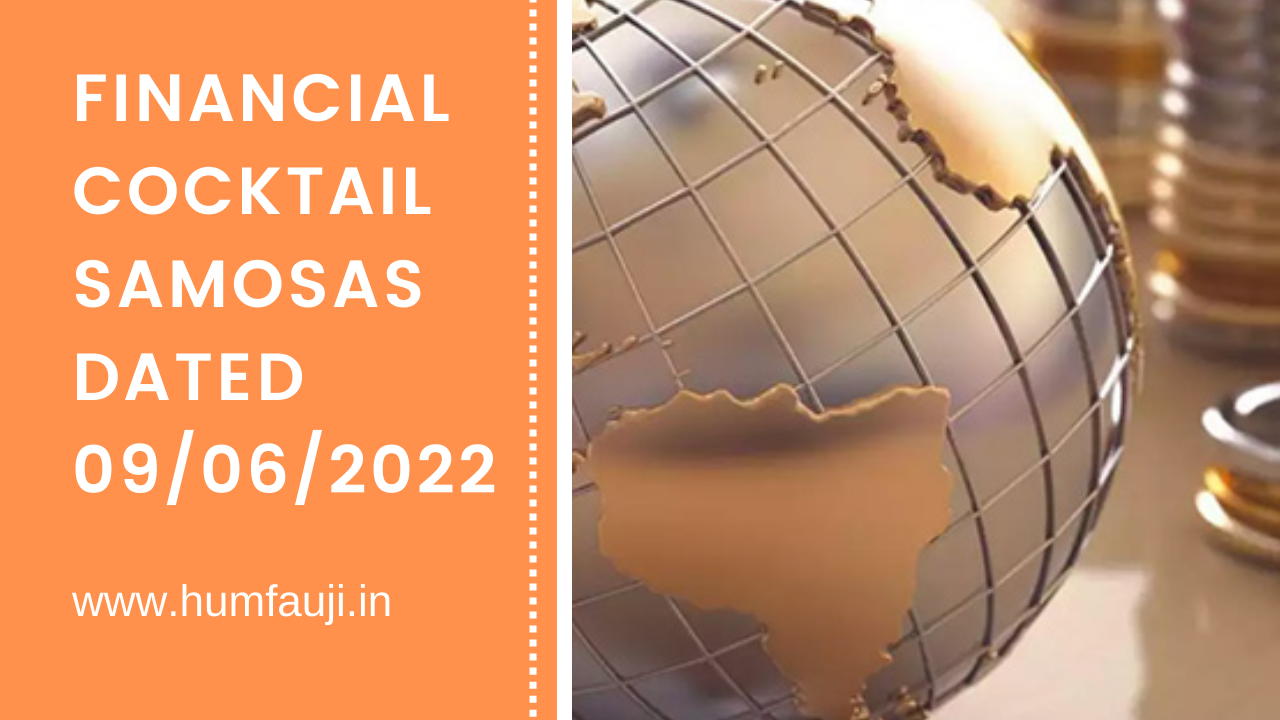 Should We Exit from International Funds?

International funds, ie the mutual funds which invest in the stock markets of other countries, are negative in most of the portfolios. In some cases, this negative downside is quite significant. Should you exit then, so as to limit your losses? Before taking such a decision, let us look at a couple of points as below.

What’s happening in International Markets: Currently, most of the stock markets are very volatile due to various economic factors – the Russia-Ukraine War, rising inflation, oil on the boil and US Federal Reserve (US’ central bank) actions. But please remember that all these are nothing but short-term occurrences. Compare it to March 2020 when markets crashed hugely due to Covid and most portfolios went hugely negative. A large number of people panicked and redeemed their portfolios fearing nothing will survive now. Those who took our advice and in fact bought instead of selling, have got the returns of their lifetime within a year or so. The current scenario is also on similar lines, though not so extreme. Thus, whether it is the Indian equity market or international markets, patience is the only strategy to generate wealth.

Investment Horizon: While investing in international funds, the investment horizon should be long-term only, typically 4-5years if not more. For those quoting last six months’ scenario to justify an exit now, using a short term lens on one’s long term investments would only lead to you paying exit loads, taxes and more importantly regrets when the scenario changes.

Performance of a Particular International Fund: When there is no problem with the fund management and the fund’s under-performance is only due to general economic scenario, there is no point in taking a hasty decision.

A long-term investment does not need a day-to-day monitoring action. Let it breathe and grow with a long-term management as was originally planned.

Warren Buffet has famously said, “When we own portions of outstanding businesses (companies) with outstanding management, our favourite holding period is forever.”

Let’s discuss this in brief. The buy and hold strategy is a passive investment style where you attempt to buy the securities and forget about them for the time frame that they were invested. Of course, while investing, huge amount of due diligence has to go in to select the investment avenue along with their syncing with your goals, time frame, and risk appetite. For instance, if you are investing for the retirement, then hold it until you retire with zero to negligible churning in your portfolio and only monitoring once in 6 months to a year to check that your chosen investment avenue is doing fine.

An active investor can never be more effective than a buy-and-hold investor, but the biggest challenge is riding the ups and downs of the investments you own rather than attempting to swing trade the price movement, which is nobody has ever been able to do with any consistency.

Always remember that time in the market is far more important than timing the market. That’s how the billionaires have created their wealth and that’s how you need to think think, to be one.

Tackling EMIs of loans in a Rising Interest Rates Scenario

In May 2022, RBI hiked the repo rate by 40bps, a move that directly impacts loan borrowers’ pockets in terms of monthly equated outflow (EMI). The following are certain ways that can lower your EMI burden:

Opting for the Home Saver option: The borrower can deposit his excess savings in a current account linked to his home loan account. While calculating the interest component, the bank deducts the balance in the current account from the borrower’s outstanding principal. The money so parked is easily available for withdrawal in case of any emergency. The money in the linked current account helps reduce your interest burden while remaining easily accessible. But remember that since your interest goes down, you may have lesser tax benefit available on this account.

Tenure Extension with the Same Lender: To reduce your interest burden, you have two options: either continue with the ongoing repayment schedule with a higher EMI or switch to a long tenure with the same EMI amount, latter being banks’ default option. Please take a conscious call based on whether you can afford a higher EMI.

Check If You Are under the Old Interest Rate Regime: If one has taken a home loan before October 2019, then it is likely that the interest rate regime of the loan will be MCLR or Base Rate based. While all new loans were shifted to the external benchmark rate after October 2019, the old loans were allowed to run under the existing system till the time borrowers applied for a change to the new regime. If your loan is old, then you must check its regime and the interest rate that you are paying with the lender. If the existing is higher than the new regime, then it’s the right time to switch to the existing regime by paying a nominal fee.

The recently concluded popular cricketing extravaganza has plenty of investing lessons too for us. Let’s have a look at them.

1) The Mumbai Indians, the five-time champions, ended last. The Champions continue to rotate. You can’t rely blindly on the same champion again and again. Proper analysis should be the basis of decisions.

2) Chennai Super Kings, a four-time champion and led by one of the greatest Indian Captains, MS Dhoni (Maahi), ended second last on the table:

4) Rajasthan Royals produced a purple cap holder (Highest Wicket Taker of the Tournament) – Yuzvendra Chahal and an orange cap holder (Highest Run Maker of the Tournament) – Jos Buttler but still ended as a runner up.
One or two great stocks can’t make a great portfolio.
Both the finalists (Gujarat and Rajasthan) won the fair play awards too, which is more important than the title. For your investment management, take the assistance of an advisor who is fair, ethical and whom you can trust.

5) Hit-man (Rohit Sharma) and Run Machine (Virat Kohli) didn’t perform as per the expectations. One bad market cycle or tournament doesn’t make a fundamentally good stock a bad option. It will come back sooner than later as a setback can convert into a comeback if the basic quality is good. Stick to your choices that are supported by good fundamentals.