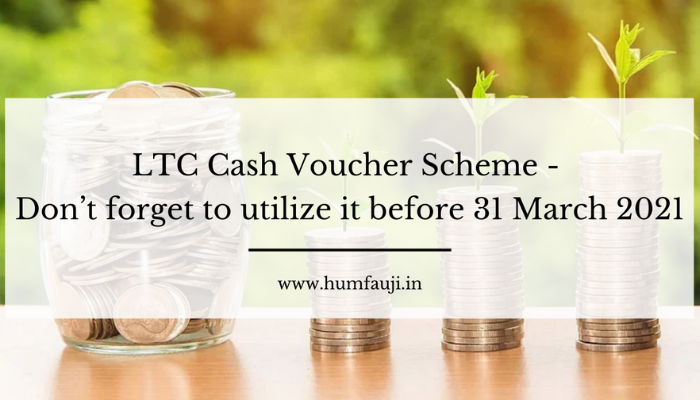 2020-21 was a different year as we all know. Due to the restrictions on travel due to Covid-19 as well as reluctance to travel even after the restrictions were removed, most employees would end up not utilizing this tax benefit. The union government took a thoughtful decision to allay these concerns of the salaried workforce. Finance Minister Nirmala Sitharaman announced on 12 October 2020 that if you are a central government salaried employee (later extended to private sector and state government employees too), you can still get that LTC money tax-free.

But there is a catch.

In order to get that amount, you would need to spend thrice the amount on purchases. The purchases can be of goods or services that attract a Goods and Services Tax of 12% and above. Moreover, the spending needs to be done through digital means only – UPI, debit/credit card and cheque.

How much can you claim as LTC?

To keep matters simple, the government has capped the benefit that an employee can take from this scheme. The cap is of Rs 6000 if you’re entitled to a train travel, Rs 20,000 if entitlement is to an economy air fare and 36,000 per person for business air class entitlement. So, for a family of 4, this could mean that an officer with economy class entitlement can get a LTC of Rs 80,000 (= 20,000 X 4 members).

To get that tax-free LTC, the employee will have to spend three times this arrived-at amount. In the above example, it will have to be Rs 2,40,000 on purchase of goods and services plus a GST of 12% and above. You can also add the 10 days Leave Encashment to it, but there is no tripling of amount there. It is also not necessary to take leave encashment with it – there was some confusion on this aspect in the original 12th Oct letter but later clarified on 20th Oct in a FAQ released by the Govt.

What should you do?

Spending that kind of amount might not be a routine affair for most people trying to avail the LTC scheme. Many might even think to let the scheme pass instead of spending such a big amount. However, what if we tell you that you can avail that scheme while still building some value for yourself?

Yes, you read that right! Remember that the spending can also be on services, including investment products, provided they are also covered under GST. So accordingly, if you invest the amount, you are just putting that money to use while also getting the entire LTC benefit.

So, how can you make the best use of your LTC Cash Voucher Scheme. We give you three ideas:-

The next best would be to go in for a good ULIP – take an equity or a balanced option there – ULIP premiums attract a GST of 18%. In ULIPs, you can give the first premium, claim your LTC tax-free amount and not pay any more subsequent premiums. You would be locked in for 5 years but allowed to get out thereafter as per current rules. When you get out, the entire amount is tax-exempt under Section 10(10D) provided you take an insurance cover of at least 10 times your annual premium. During those 5 years, you will see the money grow at a rate compatible with your ULIP asset allocation.

We can help you get a good ULIP product in this regard, suggest the debt-equity allocation you should have, and for the 5 years of your holding period, even suggest a rejig as per the markets, subject to certain conditions.

So, please go ahead and not let this tax-free opportunity pass if you do not intend to travel. Above three options present a win-win scenario for you – we will be happy to guide you further too in case you choose the third option.