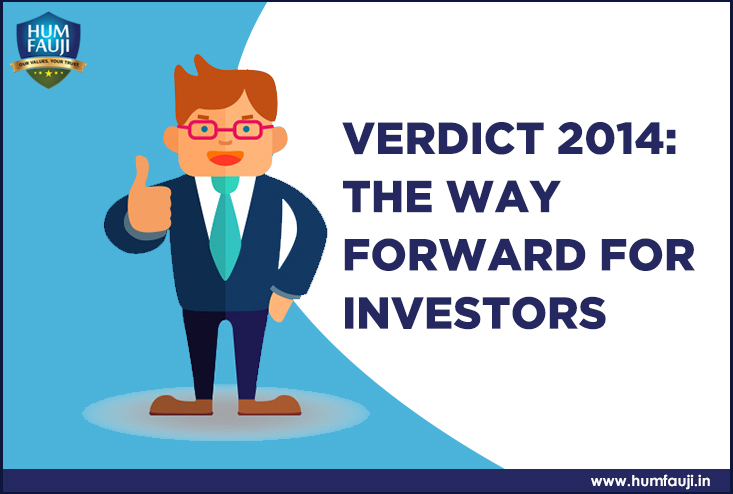 Hardly 24 hours remain for the world to know who is going to occupy 7, Race Course Road, the official residence of the Prime Minister of India. All of us are waiting with bated breath to know if Narendra Modi as predicted by the exit polls will win the elections or will the Indian electorate throw up a surprise tomorrow. The exit polls have already given thumbs up to NaMo and team but history shows that we cannot blindly follow these numbers. In this scenario, the question that plagues most investors is what should be their plan of action for May 16, 2014. I have tried to answer this question by putting down three scenarios that can emerge tomorrow and what investors need to do if any of them becomes a reality.

Narendra Modi led BJP comes to power, finally ending the decade long rule of the dynasty. This is going to be music to the ears of our investors who have been waiting patiently to see some action on the ground which in turn will positively impact their portfolios. In such a scenario, investors should just relax over the weekend and start slowly entering the market via the different options available to them like SIPs or STPs. They should not consider investing their surplus into the market on either May 16 or in the coming days. If Modi comes to power, we need to remember that he cannot make a vibrant India in a few months’ time. The euphoria that we have been seeing in the market for some time is not based on any fundamentals. It is on the hope that if the BJP is able to put forth a stable government then it will be possible for them to implement a lot of policies which their predecessors were unable to. UPA government was known for its policy paralysis and finally rating agencies had to threaten India to get it into action. This is inspite of the fact that this coalition was headed by an economist turned PM who in 1991 brought about economic reforms which changed the face of India in the global markets. Hence, if NaMo gets a majority mandate, then we believe that the next 5 years should be good for investors. In such a scenario some of the categories of funds which we have been betting on since their downfall like mid & small caps, banking and infrastructure will see a revival. Hence, investors who have been taking an exposure into the same on the basis of our advice will have something to cheer in the coming years.

India gets a hung parliament and in this scenario, what will happen to markets is only a foregone conclusion. The immediate reaction of investors will be to get out of the market as soon as possible and switch their existing surplus into liquid funds. However, do investors really need to punish themselves and start thinking from their heart while taking investment decisions? Hence, my advice is that if there is a correction, then consider it as an appropriate time to enter the market aggressively. The reason behind this recommendation is the macro-fundamentals of the Indian economy. At this juncture a majority of our macro indicators are not in a great shape: India is growing at less than 5% which can be gauged from the GDP estimates; IIP is as always volatile and currently is in the negative territory; both the inflation indicators that is WPI and CPI are moving upwards; RBI is not showing any inclination for reducing the policy rates; the list goes on. This is a clear indication that the economy needs a quick cure, or else things will spiral out of control. Hence, even if an unstable government is formed, they will do everything in the book to get India to recover from the current slowdown in growth momentum. This definitely will take time, but we can confidently say that if the macro-economic indicators improve, investors will only stand to gain in the long run.

India decides to give a third chance to UPA and here although the market would react negatively, investors need not worry too much. This is because the incumbents have already learnt the lesson of waking up late and trying to do the impossible in a short span of time. Hence, a third chance means that they will consider this term seriously and rectify the errors of the last 5 years.

In short, my advice to investors is not to get carried away by the chaos in the market but to stay invested till their goals are achieved. During this time, there will be several months when their portfolios will be in red but over a period of time market is known to reward patient investors.

Feel free, to write us at contactus@humfauji.in.