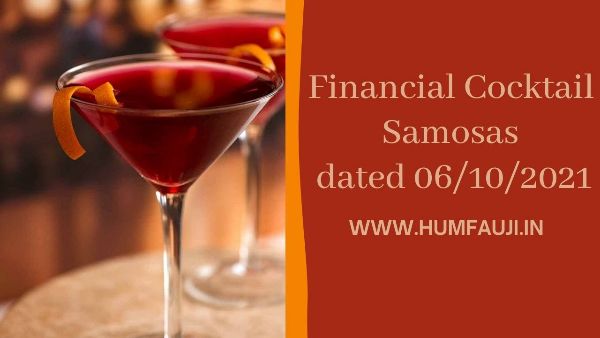 Should you get out of your safe investments and get into equity now?

Markets have far exceeded their fundamentals and is ripe for corrections which is expected any time now. It doesn’t mean that everything is lost and the markets will crash or won’t rise again. Considering the wide-spread ongoing economic development in the country, stock markets are bound to come back and maybe much stronger than now. Corrections and reversals are the hallmark of healthy stock markets, and it has been so for decades now.

Entering the markets when it is moving upward and exiting when it starts showing a decline is the most common fancied notion that new investors have. In reality, no one has been able to time the market, flukes apart. A better tool to do so is using the averaging techniques like SIP (Systematic Investment Plan) and STP (Systematic Transfer Plan) to get the best out of volatile markets.

Also, irrespective of the market condition, maintaining one’s portfolio as per own risk profile, financial goals and investment horizon is the only proven way to get into a perpetually winning ways, however staid this strategy may sound. Asset allocation of the portfolio based upon these time-tested parameters should not be compromised. The temptations and heart-break situations would come and pass, but sticking to the asset allocation irrespective of market condition is the only way that you will be the market Shehanshah!

Why are all the central banks launching their own digital currency?

In 1694, Bank of England became the first public bank to issue regular banknotes as an alternative to coins as a means of payment. Three centuries later, it is primarily tasked with maintaining price stability, much like any other central bank across the world. But these cautious institutions are now buzzing with talk of a revolutionary concept, a form of money you cannot see: Central Bank Digital Currencies (CBDC).

One of the big financial developments over the last few years has been the rise in popularity of crypto currencies like the Bitcoin. Many central banks are worried that widespread adoption of these independent cryptocurrencies could weaken their control over the financial system as also cause financial instability, especially because cryptocurrencies do not have the legal or the regulatory safeguards that central banks’ issued money has. So, the question that they are confronted with is – why not issue a digital currency of their own?

According to a PWC report of June 2021, no country has officially launched a large-scale CBDC (Central Bank Digital Currency) regime and it is anticipated that China will transition to mass adoption of a CBDC by the Beijing Winter Olympics in 2022. As and when such CBDCs are launched, by their very nature, the central banks will be able to monitor the movement of each and every such currency ‘note’ digitally on their systems, thus eliminating the ills of cash notes like hoarding, black money etc especially prevalent in countries like China and India.

Thus, CBDC is a new technological innovation faintly pitted against another innovation — the cryptocurrency.

How did Neeraj Chopra bring Glory to India?

A Junior Commissioned Officer in the Indian Army, Chopra is the first track and field athlete to win a gold medal for India at the Olympics. Years of investment in perseverance, patience, discipline and professional guidance from a competent coach has finally brought a track and field Gold to India. While the output makes so much of noise, the investment has always been silent.

Anything which takes time to show results leads to most of the people losing their patience, discipline, and more commonly, faith on professional guidance but come to think of it, that is what marks the difference between a successful person and an also-ran.

There is no shortcut to success. Rock-solid belief on the process and professional guidance also has no substitute. And this is applicable not only sports but is universally applicable to each and every field, including investments.

Disciplined financial investments under the guidance of a professional financial planner will help you achieve your financial goals too if you keep your patience and faith.