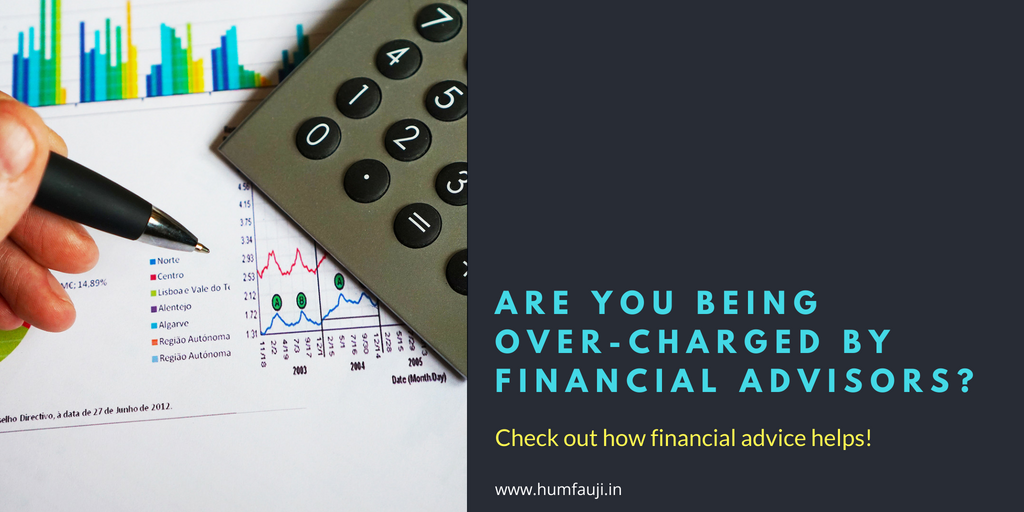 There have recently been many advertisements promoting ‘direct’ plans of mutual funds, giving out your ‘losses’ if you invest in regular plans of mutual funds as opposed to direct plans. Some officers have discussed it with us since they’re confused as to what is the truth. We would like to clarify the air about it.

First, we found that not all of those calculations put out in these advertisements are correct – most are highly exaggerated. The truth is that Direct plans will always be cheaper than regular plans simply because there is no Advisor fee built into it.  But we do want to tell you why direct plans may not be as rosy as these advertisements make it seem.

What is a Regular and a Direct plan in mutual funds?

In Direct Plans, you buy directly from the mutual fund company. Hence, you select the funds yourself, balance the portfolio, match it as per your future requirements so that money is available when you want in the right quantity, do the transactions, maintain the portfolio logs including of the SIPs you are doing, monitor the funds, identify where all changes are required and when, and then carry out those changes.

In Regular Plans, all these functions are done by your Advisor. Obviously, all these cost a fair bit of money and the Advisors have to be paid that cost for their time, effort, and knowledge. Hence Regular plans have that small fee part built-in which the mutual company charges you and then pays to the Advisory Company like us. But is that all that Advisors like us do? Let’s see.

How actually do financial advisory companies like Us help you

Most people underestimate the services that advisors provide. Here we give you a lowdown on what a ‘good advisor’ can do for you – please note that a relationship manager of a bank is not the same as an advisor, leave alone a ‘good advisor’

Just think about this…

When it comes to investing, investors get fixated on the costs. In other areas of life, it is easy for people to understand the need for paying experts like Doctor, CA, Lawyer etc to get their job done. But financial planning is something people think they can do on their own. This view may have been correct when bank deposits and NSCs were the only options. But with today’s financial markets, that is not the case. And an investor could benefit a lot by talking to their financial advisors about their future life planning needs.

Yes, when it comes to the cost of such advice, you do have an option of paying a good Registered Investment Advisor (RIA) a fee for the service. But to think such a fee will be lower than the present distribution fee is a bit of a stretch. If platforms do offer you such low-fee services, please think a bit about how many banks and how many products like debit cards or credit cards or demat accounts or any ‘free transactions’ were offered for free initially and then charged later. A simple math will tell you that it is yet another marketing gimmick.

For most of these ‘free’ or Rs. 100 direct platforms, their revenue will come from cross-selling higher-cost products such as insurance or equity trading. To them, direct plan investors are ‘conduits’ to generate higher fee from other products. In other words, you think you are saving Rs 10 today, only to be made to pay Rs 100 in a higher-cost product cross-sold later. That’s why a few of the officers who had moved on to direct plans sometime earlier, are now back with us!

Please remember – ‘It does not matter how fast you are going, if you’re in the wrong Train!’

If you are an experienced investor, confident that it is your own game, you may choose to go direct. But for the majority rest, it is about paying ‘all-inclusive’ fee (for advisory and investment) with regular plans or paying a fair price separately to a Registered Investment Advisor. There is nothing in-between in any viable advisory service.

(Source: Adapted largely from an article by FundsIndia.com) 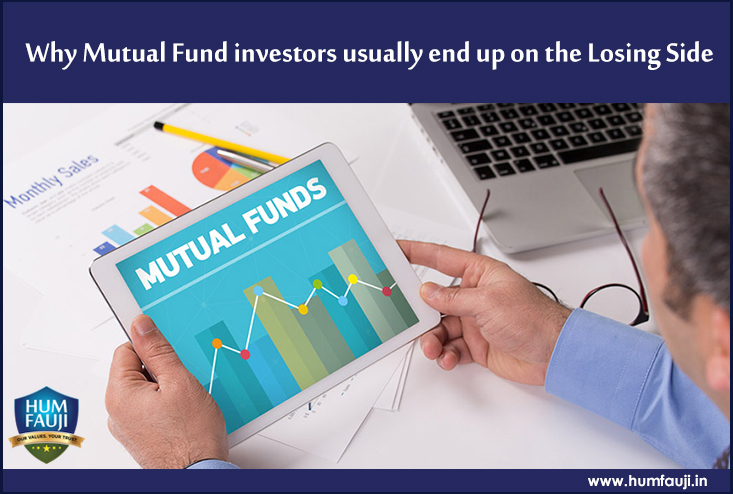 For mutual fund investors in India, getting the timing wrong seems to be the norm. An analysis by ET Intelligence Group shows the average retail investor buys mutual fund units when the market is trading at above-average valuations and sells when shares are priced attractively (for purchase). The result: he ends up on the losing side.

One of the reasons for this is that individual or retail investors make their investments without doing much research, and their decisions, more often than not, are influenced by sentiment, say experts.

“Low valuations indicate pessimism about the future and in such an environment investors find it difficult to take risk and, hence, stay away from investing in equities,” said Ashish Ranawade, chief investment officer at Union KBC Mutual Fund. On the other hand, share prices at higher P/E ratios, means growth expectations are high. This happens after two or three years of consistent growth, Ranawade added.

In seven out of the past 10 years, when the benchmark S&P BSE Sensex had been trading at lower than its 10-year average P/E ratio, redemptions in mutual funds had exceeded purchases, show data. On the other hand, inflows jumped considerably when the ratio was higher than the average. When equities are quoting low, retail investors find it difficult to see through near-term turbulence, such as weak business environment, poor job market and uncertainty about corporate performances.

Though there are many risks, returns are usually higher for those who invest in an uncertain market. However, more sophisticated investors, such as foreign funds, buy shares when valuations are lower.

In the past two years, when the average Sensex P/E was 17.2 — lower compared with the index’s average five-year P/E of 18.6 – there were net redemptions of Rs 41,373 crore. On the other hand, FIIs pumped in more than Rs 2.42 lakh crore during the same period.

“Most retail investors do not understand that equity mutual funds are forwardlooking investments. Instead, they look at the past performance of a fund and decide to redeem their investments,” said Pankaj Murarka, head of equities at Axis Mutual Fund. “In doing so, they lose on attractive valuations and, hence, reasonably good returns.”

The Sensex is trading at a P/E of 17.3, marginally lower than its 10-year historical average. This is because of the current state of the economy, a fund manager at a leading fund house said. “Growth expectations are low. Certain pockets in the markets will not do well… capital-intensive industries are not doing well. There is low capacity and, hence, lower earnings,” he said.

According to this fund manager, those who invest in mutual funds now should do that through systemic investment plans to spread the risk and increase investments when there is growth in income.