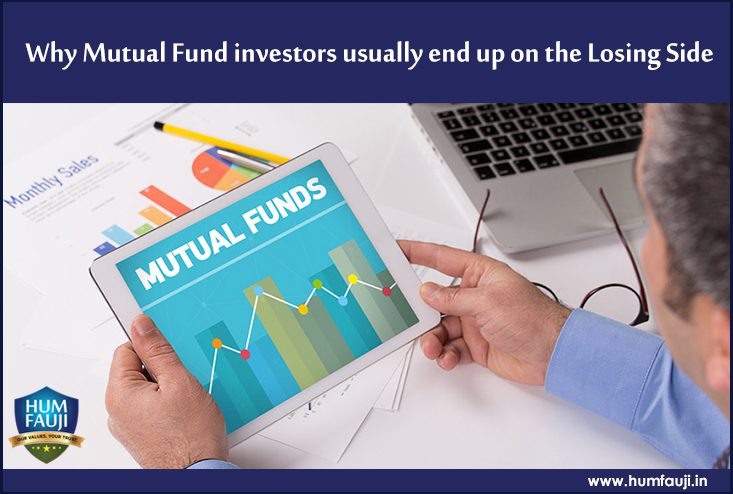 Why Mutual Fund investors usually end up on the Losing Side

For mutual fund investors in India, getting the timing wrong seems to be the norm. An analysis by ET Intelligence Group shows the average retail investor buys mutual fund units when the market is trading at above-average valuations and sells when shares are priced attractively (for purchase). The result: he ends up on the losing side.

One of the reasons for this is that individual or retail investors make their investments without doing much research, and their decisions, more often than not, are influenced by sentiment, say experts.

“Low valuations indicate pessimism about the future and in such an environment investors find it difficult to take risk and, hence, stay away from investing in equities,” said Ashish Ranawade, chief investment officer at Union KBC Mutual Fund. On the other hand, share prices at higher P/E ratios, means growth expectations are high. This happens after two or three years of consistent growth, Ranawade added.

In seven out of the past 10 years, when the benchmark S&P BSE Sensex had been trading at lower than its 10-year average P/E ratio, redemptions in mutual funds had exceeded purchases, show data. On the other hand, inflows jumped considerably when the ratio was higher than the average. When equities are quoting low, retail investors find it difficult to see through near-term turbulence, such as weak business environment, poor job market and uncertainty about corporate performances.

Though there are many risks, returns are usually higher for those who invest in an uncertain market. However, more sophisticated investors, such as foreign funds, buy shares when valuations are lower.

In the past two years, when the average Sensex P/E was 17.2 — lower compared with the index’s average five-year P/E of 18.6 – there were net redemptions of Rs 41,373 crore. On the other hand, FIIs pumped in more than Rs 2.42 lakh crore during the same period.

“Most retail investors do not understand that equity mutual funds are forwardlooking investments. Instead, they look at the past performance of a fund and decide to redeem their investments,” said Pankaj Murarka, head of equities at Axis Mutual Fund. “In doing so, they lose on attractive valuations and, hence, reasonably good returns.”

The Sensex is trading at a P/E of 17.3, marginally lower than its 10-year historical average. This is because of the current state of the economy, a fund manager at a leading fund house said. “Growth expectations are low. Certain pockets in the markets will not do well… capital-intensive industries are not doing well. There is low capacity and, hence, lower earnings,” he said.

According to this fund manager, those who invest in mutual funds now should do that through systemic investment plans to spread the risk and increase investments when there is growth in income.