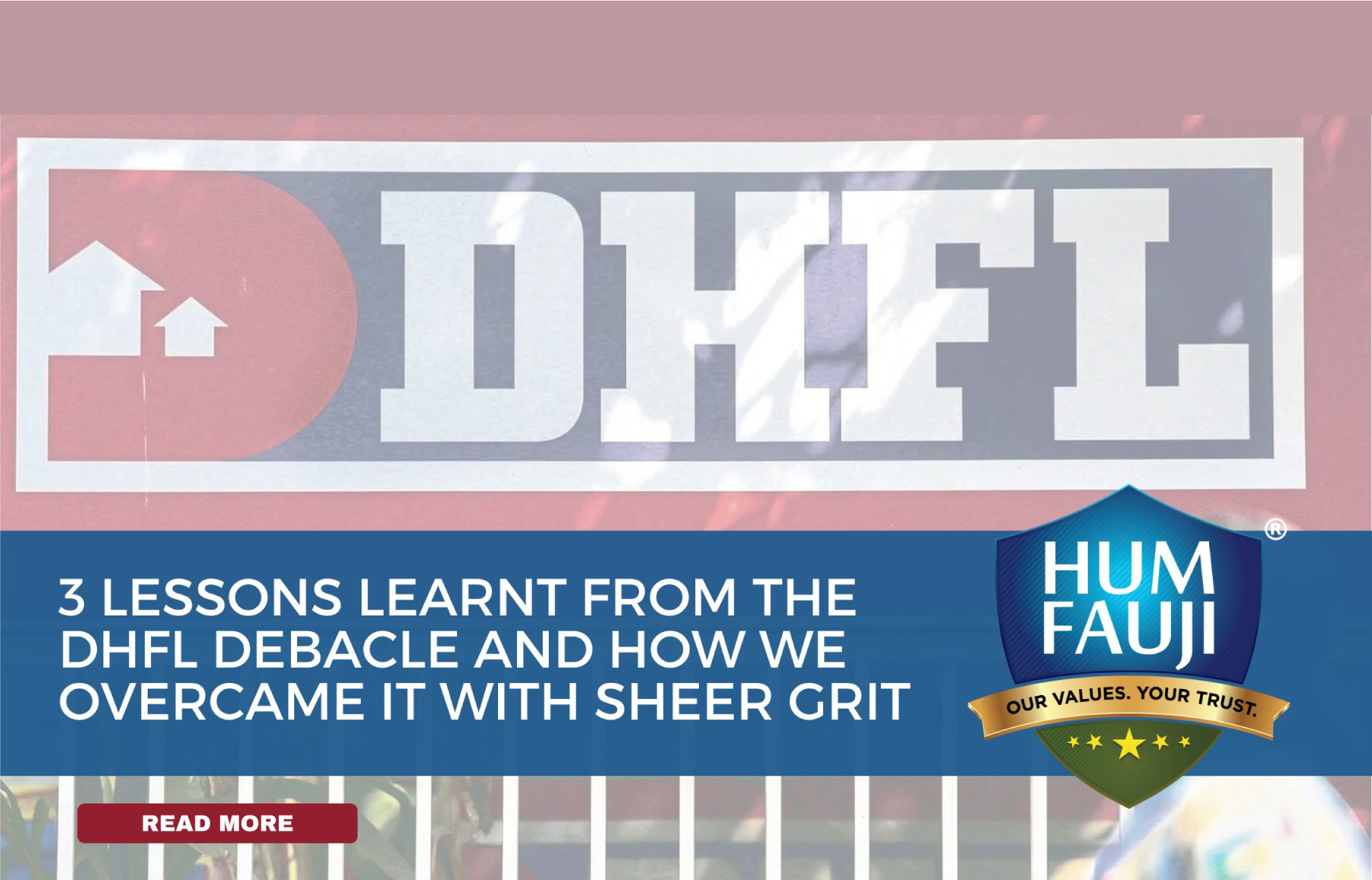 In fact, about 77,000 retail fixed deposit holders of DHFL (Dewan Housing Finance Limited) would not forget that day when DHFL announced that it was stopping all maturities of its FDs with immediate effect. The high-rated finance behemoth, in which millions of Indians had invested their hard-earned money for decades getting secured high rates of interest without any problems, went downhill faster than Humpty-Dumpty amid allegations of fraud and fund diversion.

We too had many investors invested in DHFL FDs through us. Many of them had been renewing them year-after-year, enjoying good returns along with the surety of the highest safety rating of AAA consistently over the years.

The saga of requests, petitions and press articles that followed DHFL’s downturn led to the courts also stepping in and finally on 17th Jan 2021, the committee of creditors (CoC) constituted for this purpose approved Piramal Capital and Housing Finance Ltd’s offer of bail-out. But, according to the approved plan, the retail FD holders were to get just 23.1% of their deposit back!!

We were shell-shocked by this decision!

Our investors in DHFL FDs, all armed forces officers and spouses only, had trusted us to make these investments. And now we were having to convey this drastic news to them. Earlier, we had sought advice from some financial and legal experts on what recourse we might have in the event of an adverse outcome, but we had run into a wall with regard to options.

I and Bindu Govila, the COO of the company, went into a huddle to discuss our future course of action, now that the bad news was there right upfront staring at us. The topic of our discussion that day was not how to convey this news but how we can compensate its impact for our investors. In hindsight we realised that, even in those moments of despair and helplessness, our hearts were still in the right place!

We unanimously decided that we would take on the mantle of giving the balance of the money back to our investors, though without a clue of how we would be able to make that massive amount of money available from the small reserves of our growing company.

Nevertheless, the decision was taken and we were not going back on it.

We then consulted our CA on how to go about it. After being initially staggered by the audacity of our plan, knowing the company’s and even our personal financial position, he pointed out that the money we were giving the investors could be taxed. However, that was no reason to deter us from what we had decided to do. He also talked to his peers about this, and one of them recalled another Indian company that had attempted something similar several decades ago. This was another positive indicator that we should go ahead…There was now the herculean task of figuring out how this money would be raised. But where there is a will, there is a way.

I and Bindu decided that we would severely cut down our own personal salaries from the company, limit the company’s discretionary expenses, put our future expansion plans on hold to the maximum extent possible and reimburse the money to investors in tranches. But we surely did not want to meddle with anything that was due to our employees – their increments, bonuses and other accruals were to go on as usual, since their families depended on their salaries.

Hectic calculations followed and slowly we started becoming confident that it could be done, if luck favoured us.
The first tranche went to our DHFL FD investors in Nov 2021 amid Covid. Slowly and gradually, the God ensured a good growth of our company, ostensibly to facilitate our resolve (😊), and a year later, in Nov 2022, the last investor was paid his 100% Principal due. A matter of joy and relief for us!

Within a year, the hopelessness had become a source of pride for us.

Of course, we learnt our Three hard professional lessons from this episode:

On that note, I wish you a happy year-end full of reflections on the good, bad and better.

If you need any further details or wish to connect with a Financial Planner, please write to team Hum Fauji Initiatives at contactus@humfauji.in.