IL&FS – What is the problem

Infrastructure Leasing & Financial Services Ltd (IL&FS) is a more than 30 years old conglomerate. The company has been a pioneer of public-private partnerships, with a portfolio of about 13,100 kilometres of roads and other assets. Major shareholders include India’s largest insurer LIC, its biggest lender State Bank of India and Japan’s Orix Corp. On credit quality, IL&FS group’s debt securities always looked good. The rating for IL&FS Financial Services Ltd was reaffirmed A1+ (top most rating—highest probability of repayment) before the crisis surfaced in August 2018.

What happened to IL&FS?

IL&FS would take a short-term financing loan and provide long term funding to projects. This, over a period of time, created pressure in the company as the loan was to be paid in short periods while the long-term projects were either not generating that much cash or had got delayed in execution. Thus, it ran short of cash. IL&FS also felt the pain from interest rates that have soared to multi-year highs for short-term borrowings. On top of that, some of IL&FS’ own construction projects, including roads and ports, faced cost overruns amid delays in land acquisition and approvals. Disputes over contracts had locked-in large rupee payments due from the government.

Coming to specifics, IL&FS has huge outstanding debt of Rs 91,000 Crores out of which Rs 57,000 Crores are to Public Sector Banks. In Jul-18, IL&FS subsidiary IL&FS Transport delayed Rs 450 Crores of repayment to SIDBI. ICRA and CARE started downgrading the ratings due to these payment defaults. In Aug-18, it again defaulted on two commercial papers to mutual fund AMCs but then paid them Two days late. In Early September, IL&FS defaulted Rs 1,000 Crores loan repayment to SIDBI. It has defaulted several times during September and subsequently later for various loan repayments.

How did it create problems in Debt Mutual Funds

A total of about 33 debt mutual funds (across liquid, ultra short-term funds, short-term funds, credit risk funds, etc) had IL&FS companies in their portfolios; the cumulative value of holdings in these funds added up to ₹2,308 crore as on August-end 2018, according to data sourced from Crisil Ltd. At least three fund houses had to mark down some of their schemes’ portfolios by about 25% to 100% of the value of the underlying securities due to the IL&FS problem. According to the mutual fund industry valuation norms, rating agencies Crisil and ICRA provide bond prices daily to all funds across all securities that funds have invested in. But when a security turns below investment grade (BBB- rating), fund houses value securities as per their internal valuation norms. This time, as per the industry’s consensus, fund houses marked down the security’s value by 25% when the scrips rating went below investment grade rating (BBB-rating). The net asset values (NAVs) went down to that extent. Later, when more default took place, some funds wrote down the entire value of their holding in their books, while a few other funds wrote down about 50%. Hence, the NAVs of such funds fell due to their books having lesser value on paper. Due to fall of NAVs, investors saw the value of their funds fall down.

So, should the investors get out of the funds where such an issue has happened?

The valuations have gone down at this time, but that doesn’t mean that no money will ever come back from IL&FS. The funds have written off the money due from IL&FS in their books as per SEBI and internal guidelines. But when that money is realised, it will come back into the same funds and the NAV will go up. The Govt has put its machinery in top gear to sort it out, at a rate faster than ever seen earlier.

In addition, SEBI has just now approved a concept called ‘Side-pocketing’ wherein the mutual funds have the option of segregating the ‘good’ and the ‘bad’ investments separately and maintaining their NAVs too separately. The MFs are mulling over it right now. If it is implemented, it is most-likely to be on retrospective basis.

While the industry is expecting this issue to sort out in next two months, we are working on a minimum four months’ timeline.

An issue such as the IL&FS default is disheartening and will certainly cause concern. But we urge you to keep faith with debt funds as they still remain the best bet in terms of post-tax return in the fixed income, ie, the safe investment space. A case like IL&FS is an extreme situation of a top-rated AAA paper sliding to default in a matter of weeks – it is not the norm. Please remember that risk is an important parameter for debt fund recommendations and all good advisors use multiple parameters to measure and manage risk.

At Hum Fauji, we have been watching the situation very closely. As at now, we have a fairly good idea of what the future is in the affected funds. Hence, now we are reviewing each and every portfolio individually and will be issuing advisories for everyone who has an exposure to the affected funds. Our investors are requested to wait for our advisories coming their way. 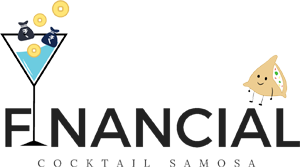